What a week it’s been, thanks to the snowstorm I lost power and water during the entire week. As a result I spent the whole week at  my brother’s home. Consequently, I wasn’t able to address the goals I set for the week.

Instead, I spent the time organizing and laying out the potential roster of enemies you will encounter in the open world. Here is an illustration of one of the enemies I imagined very early on in the game’s development. 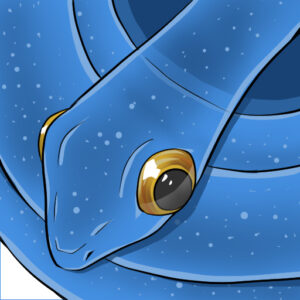 As long as there aren’t any more problems I’m going to spend this week addressing the goals from last week. Also, I’ll be revealing a screenshot of the game as well as the main character’s idle animation in the next weekly update. This is all leading up to the reveal of in game footage in the next video update. That will be released some time in the beginning of march.

This is a short update but next week I will have a lot to show off. Until then, stay well my friends.