Hello again, welcome to the 14th weekly update. This update will pick up where we left off from last week.

Good news is I got a lot done last week, the bad news being I didn’t reach my intended goal. My intentions were to start working on the explore map and battles. Instead I got stuck on improving the guild hall, fixing annoying problems and finalizing the flow of the game from point A to B. 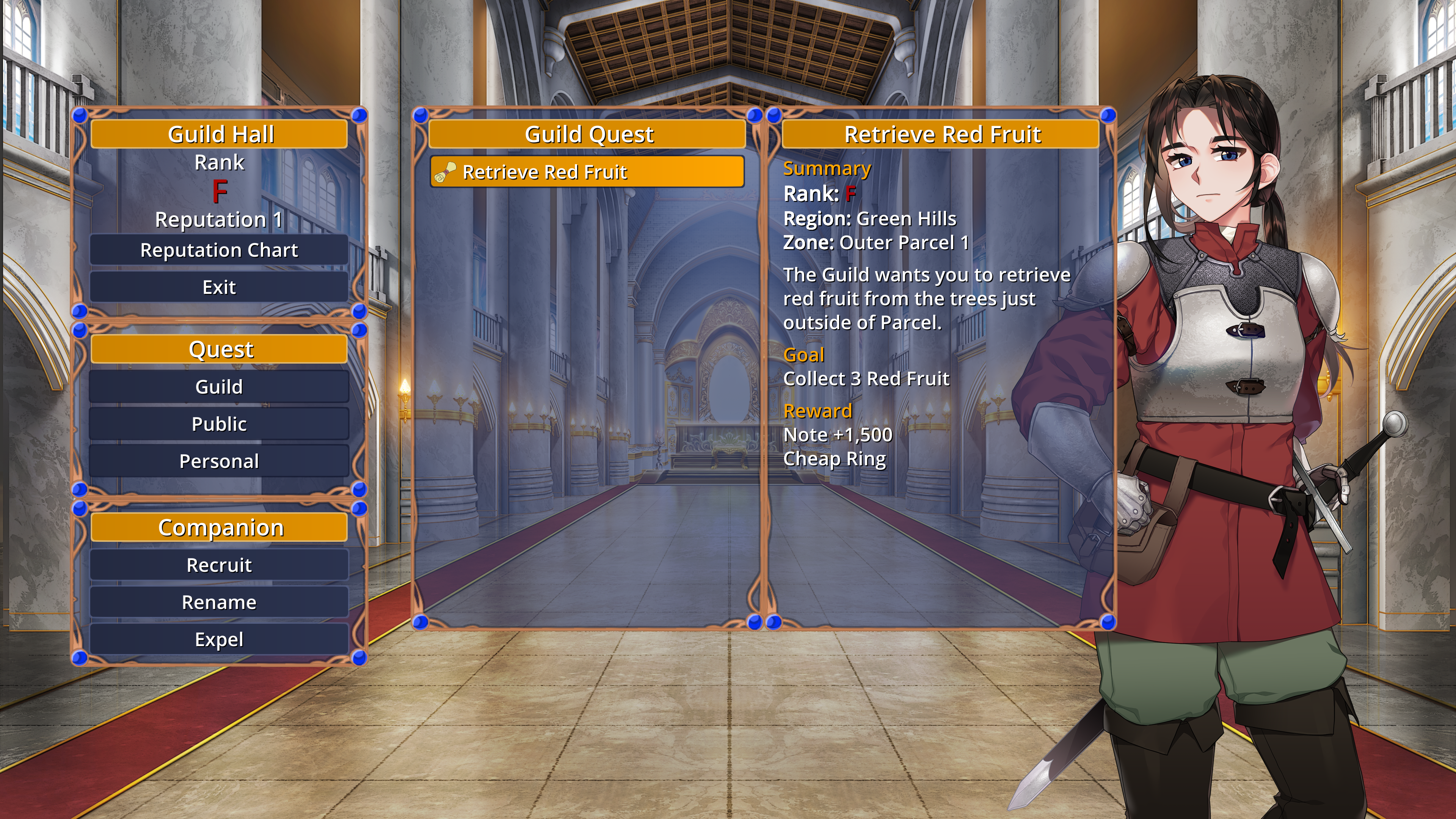 As you can see in the screenshot above I changed a few things. Some you can see, most you can not.

A lot of the game making process up to this point has been me solving hard game design problems and working within the limitations of the game engine/toolset(s). One such problem has been the management of NPC speakers. If they aren’t in the party of the player, I had to manually input their name and portraits each time I wanted them to speak. This is an unnecessary redundant process and would result in substantially more work if I decided to change things down the road.

After thinking for many days and trying many solutions I decided to make every important NPC a part of the party. This doesn’t change the game from the players perspective because I’ve hidden the NPCs. All this allows me to do is ref the NPCs data from a singular source instead of inputting that data repeatedly.

Other problems have just been me creating systems that don’t exist within the limit of the toolset I’m using. It’s more work on my end but it’s worth it to not compromise on my intended ideas for this game.

Thankfully, I managed to finalize the guild hall menu and can comfortably move on to the map area. 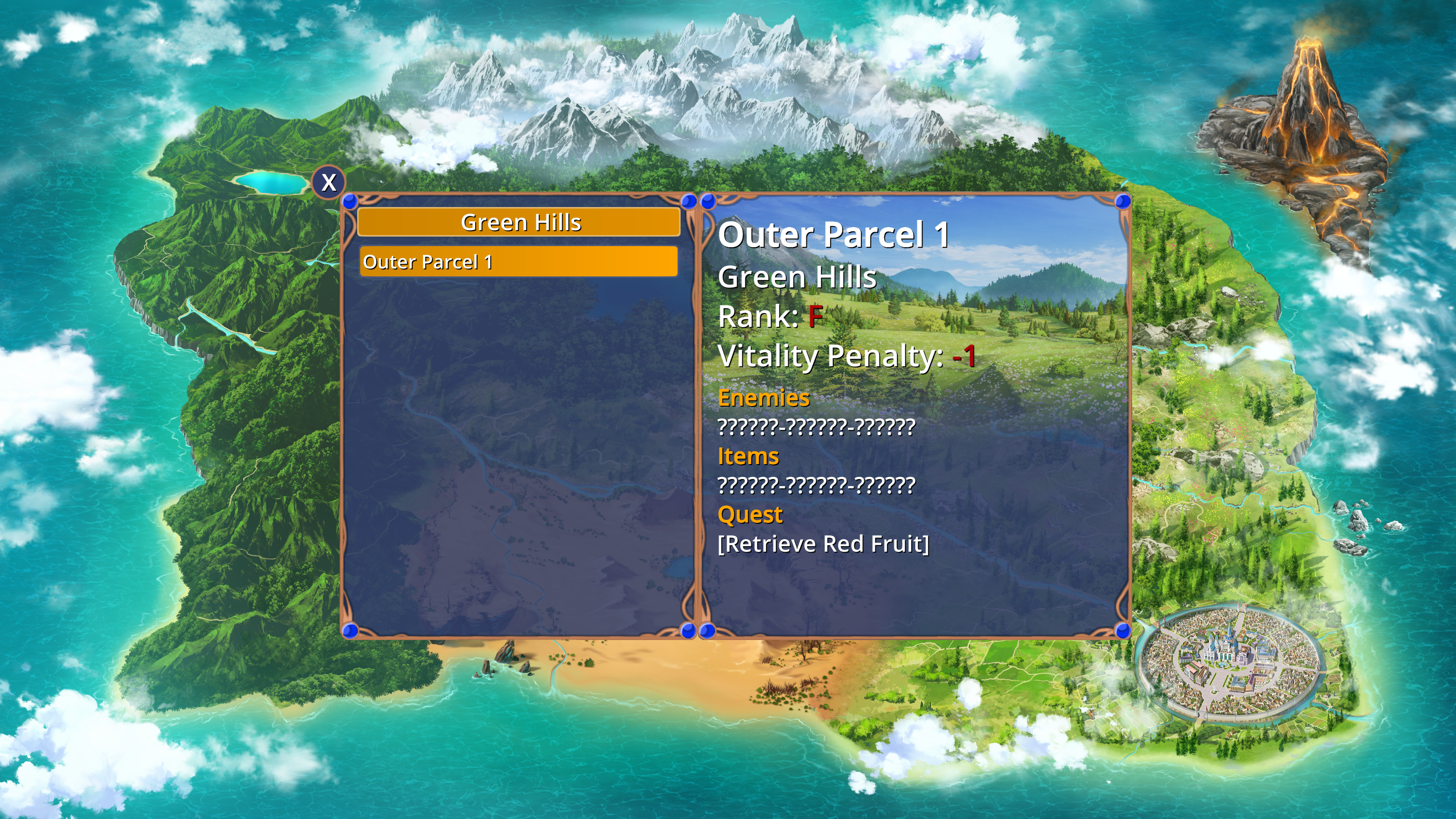 This is the menu for the tutorial map in the explore menu. As usual, the image is very “work in progress” and the info you see on screen can or will change.

Next week I will genuinely start on mapping and battling. Maybe I should mention this just to clarify any misunderstandings, most of the mapping mechanics and the battle system are complete. The stuff I’m doing right now is creating/inserting graphics, creating fxs, designing levels and creating events. Although more often than not, I will go back and redesign some parts of the game if I feel it can be better.

Next week I will update with more progress and I will also explain how attributes, status, and parties will be handled in this game. This will be the topic of my next video which will be released in two weeks.

That’s all I have for this week, stay well my friends.