Hello again folks! I’m currently in the process of porting Guardian’s Guide to a new framework. Picking up from last week, I’ve managed to port most of the main GUI from the old build. During this porting process, I’ve been making changes to better accommodate keyboard/controller support and added features I couldn’t due to limitations in the old framework. One such change is with the Status Menu. 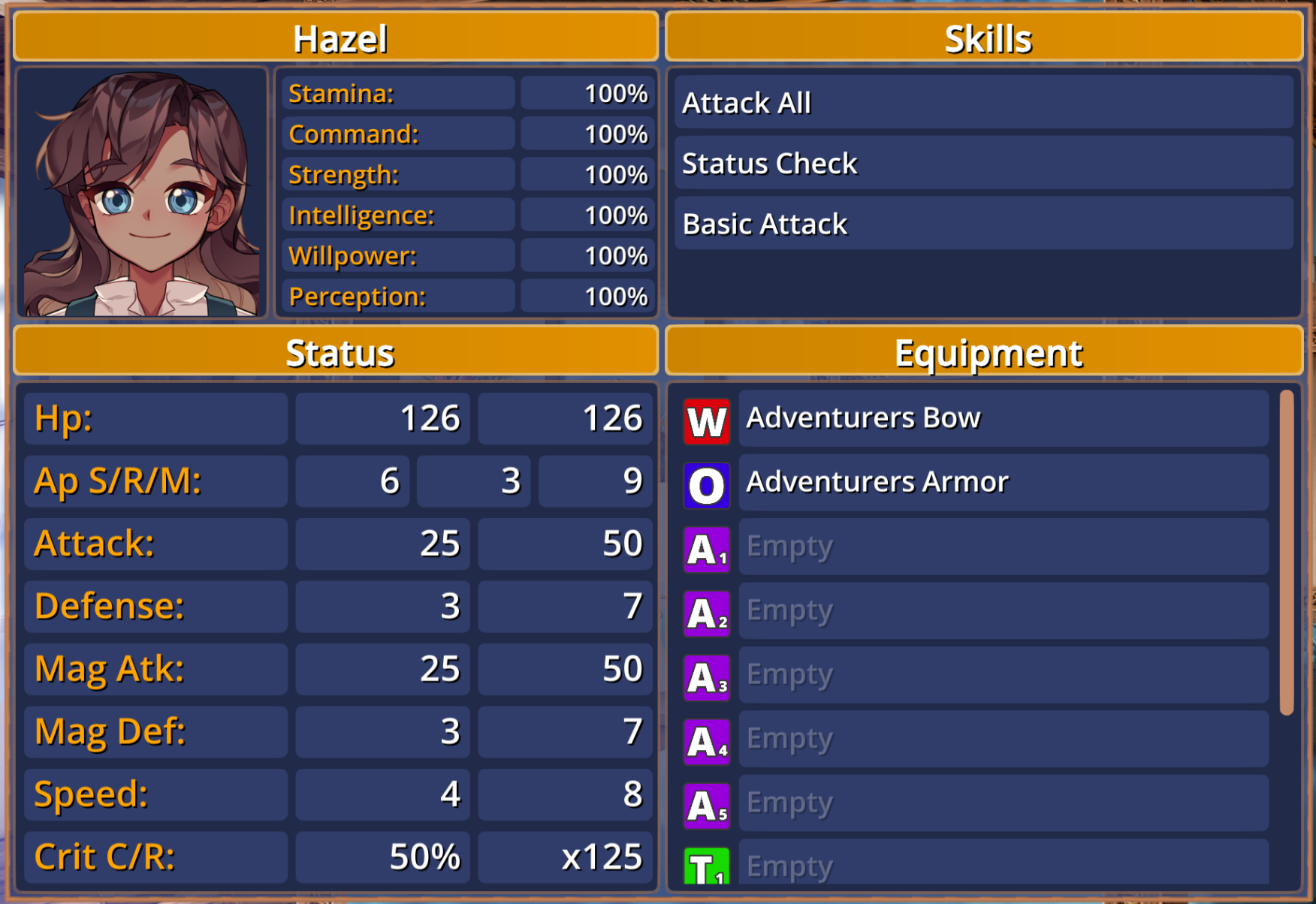 This is the old Status Menu.

The old Status Menu was designed with only mouse control in mind. My original plan was to use it for both the player and enemy during battle but the old framework didn’t allow it at the time. 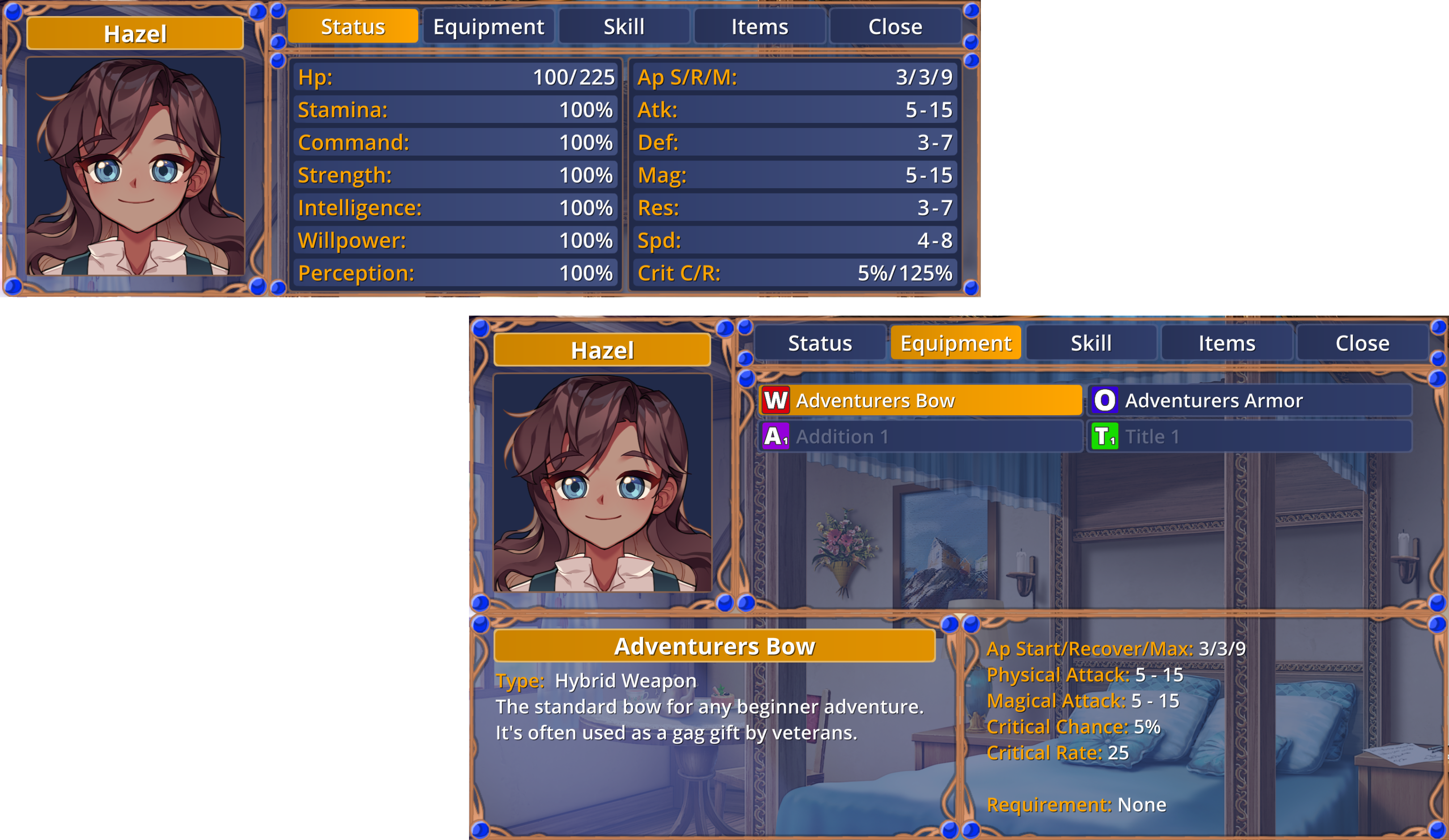 With the decision I made to enable keyboard and controller support I had to redesign the status menu. Also, the new framework allows me to use the Status Menu on any fighter in the game so I added Items to the list.

Many other small changes were made with the other menus that I couldn’t do before due to the limitations of the old framework. The rest have just been cosmetic changes like picture below. 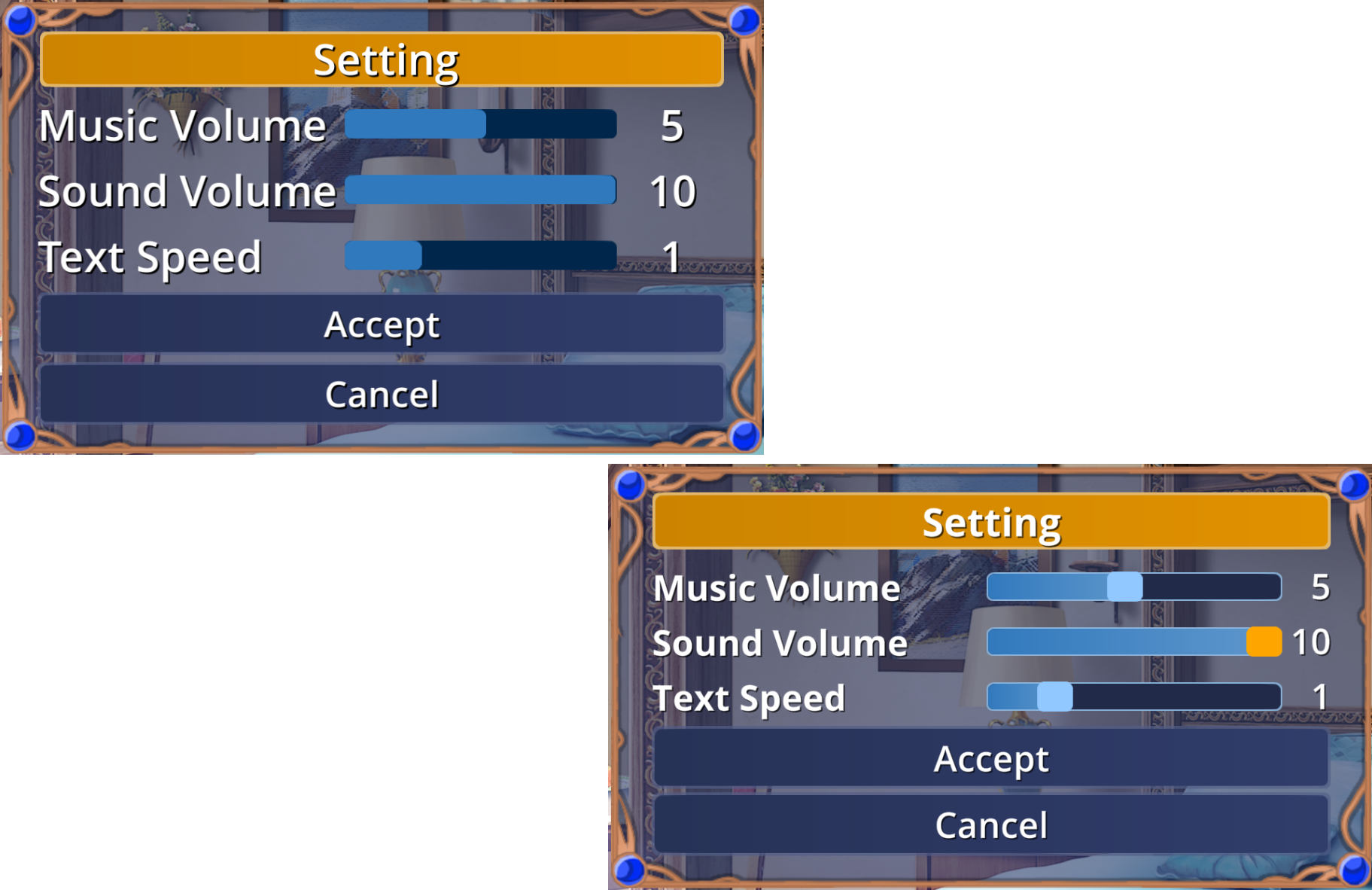 Old in above and new is below.

Now that I’ve gone through most of the GUI porting, I plan to focus on porting the systems. Mainly the job system and battle system. I’m a bit worried that I might run into some serious bugs with the battle system. Well, I won’t know until I get there. As of right now I would say I’m 50% done with the porting. Could be more, could be less.

I’ll update you guys next week, until then, be well.