So yet again I have taken a ridiculous amount of time to release a new major update. I don’t really have an excuse this time. The process of creating this game is time consuming but I am making progress!

If this is your first time here, I’m currently in the process of making a daughter raising sim/RPG called Guardian’s Guide. The major and minor updates are meant to document the process until official release.

The video gives you a walk through of the first quest, battles and exploration you experience in the game. There are a few things I left out of the video like the different types of status effects, and ground effects. I’ll go over some of that stuff here. 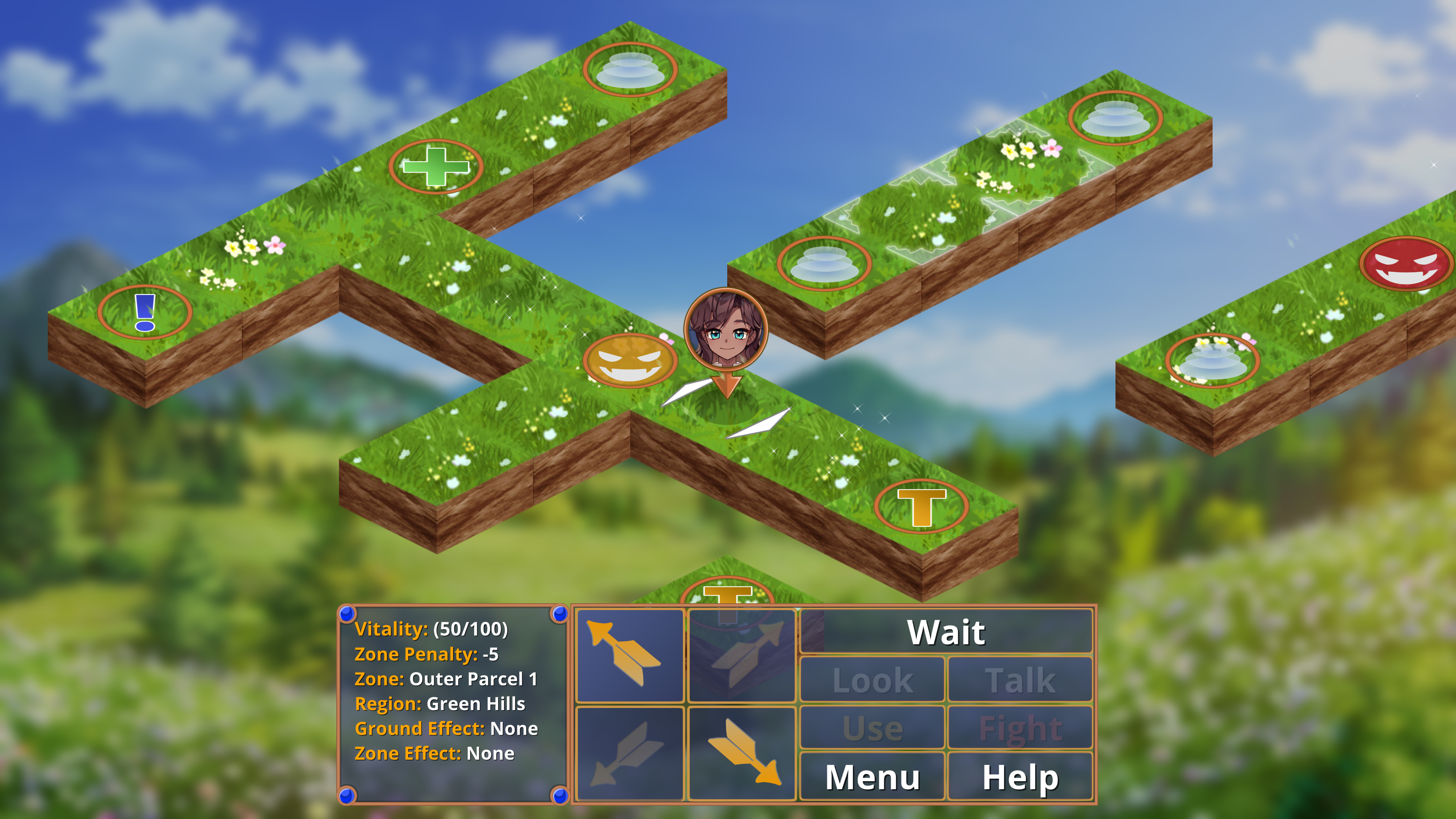 Exploration works on a grid. You move the daughter icon either with the directional buttons or your keyboard/controller. Once you reach a target, you are given options of either Look, Talk, Use or Fight. These options will trigger specialize events that may or may not influence an outcome.

Here are all the ground icons you can expect to see while exploring. 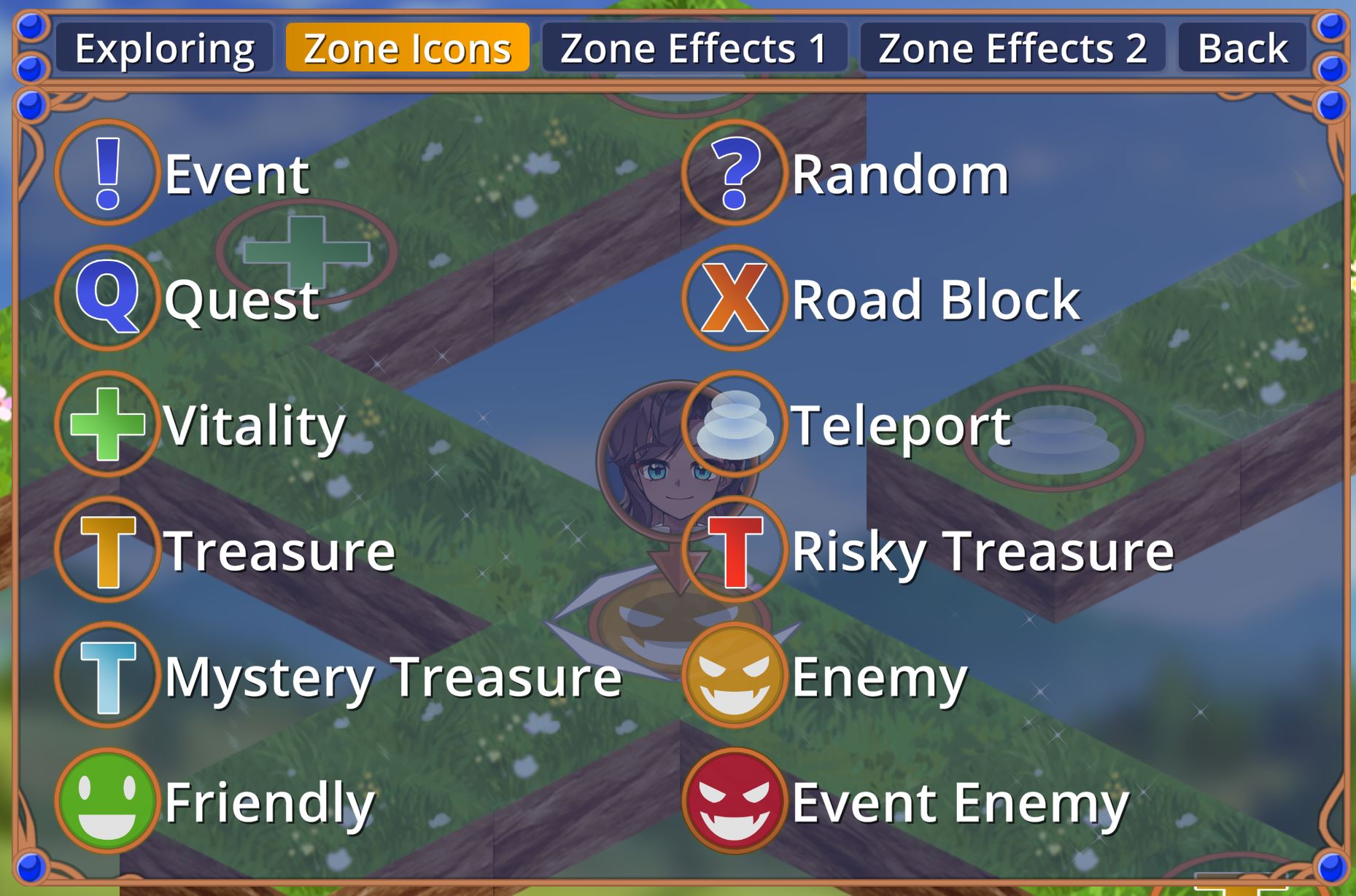 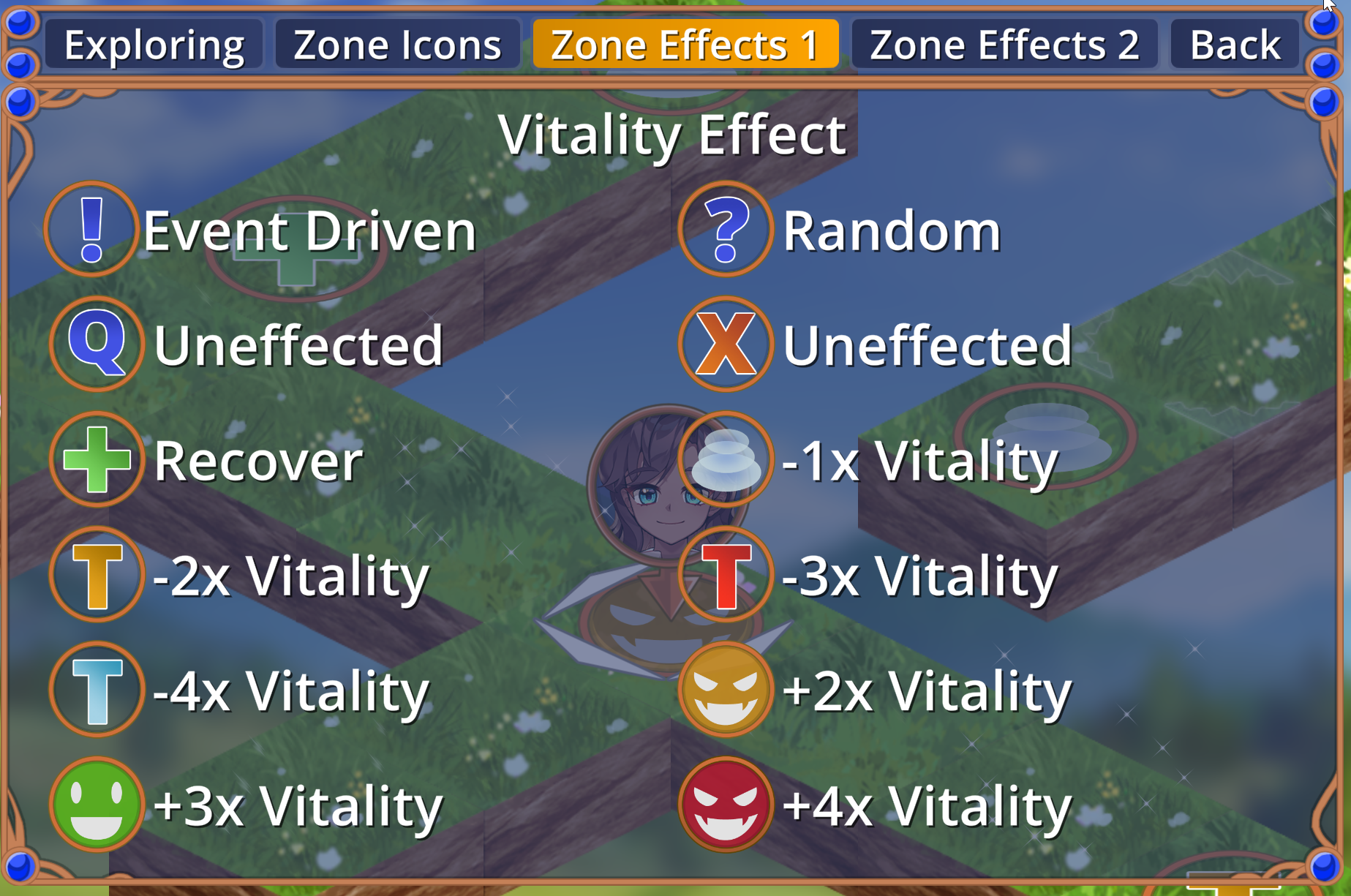 Fighting is the main event for exploring, so I’ve put a great deal of focus into making the battle system engaging. 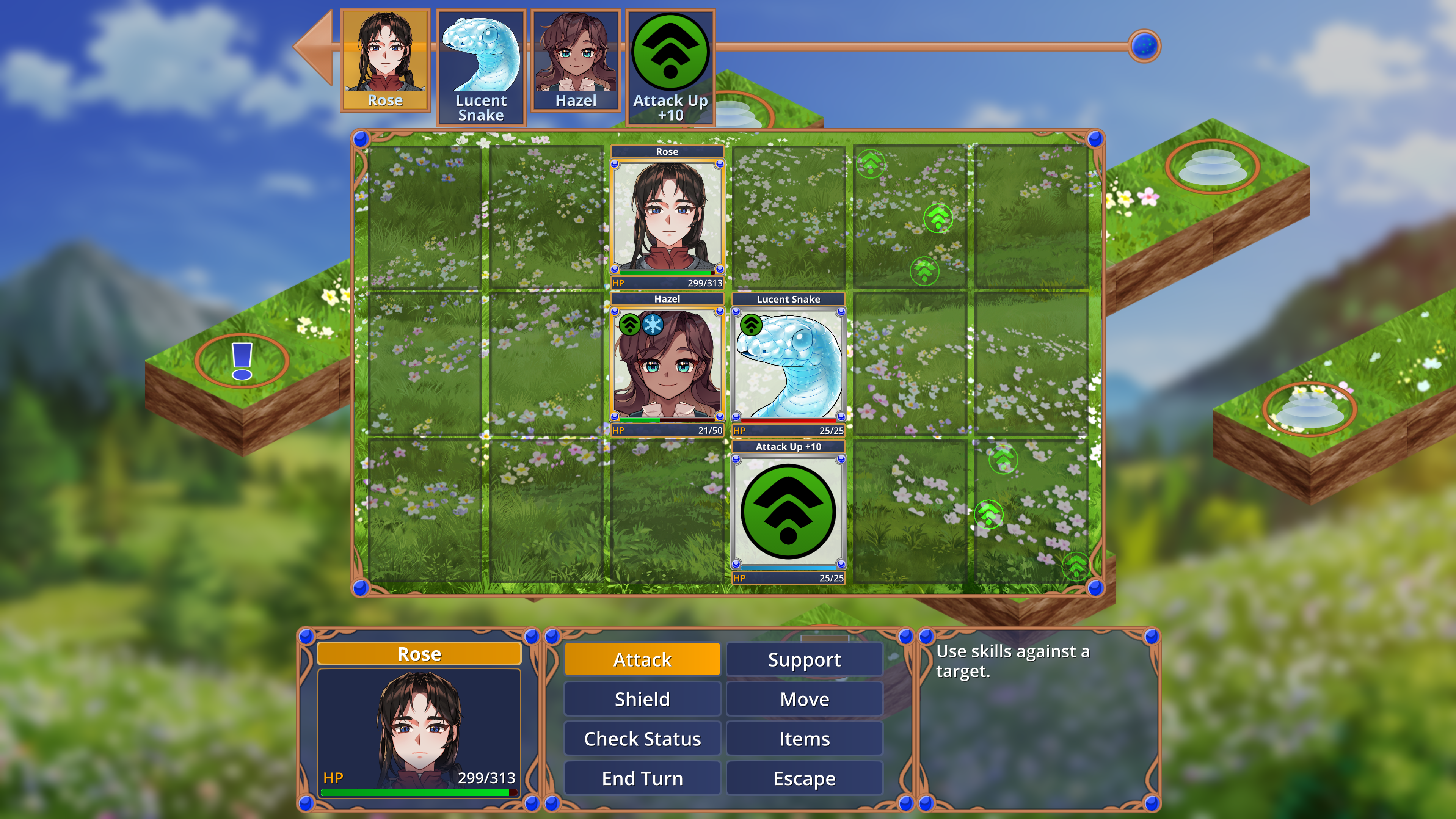 The battle system is classic turn based, you can move your character any where on the grid and each combatant will have a range type based on their choice of weapon. Melee weapons have short range attacks, projectiles have a mid to long range of attack and magic has a long range/special range of attack. Most support skills are short range to mid range.

This game will have emphasis on status effects. 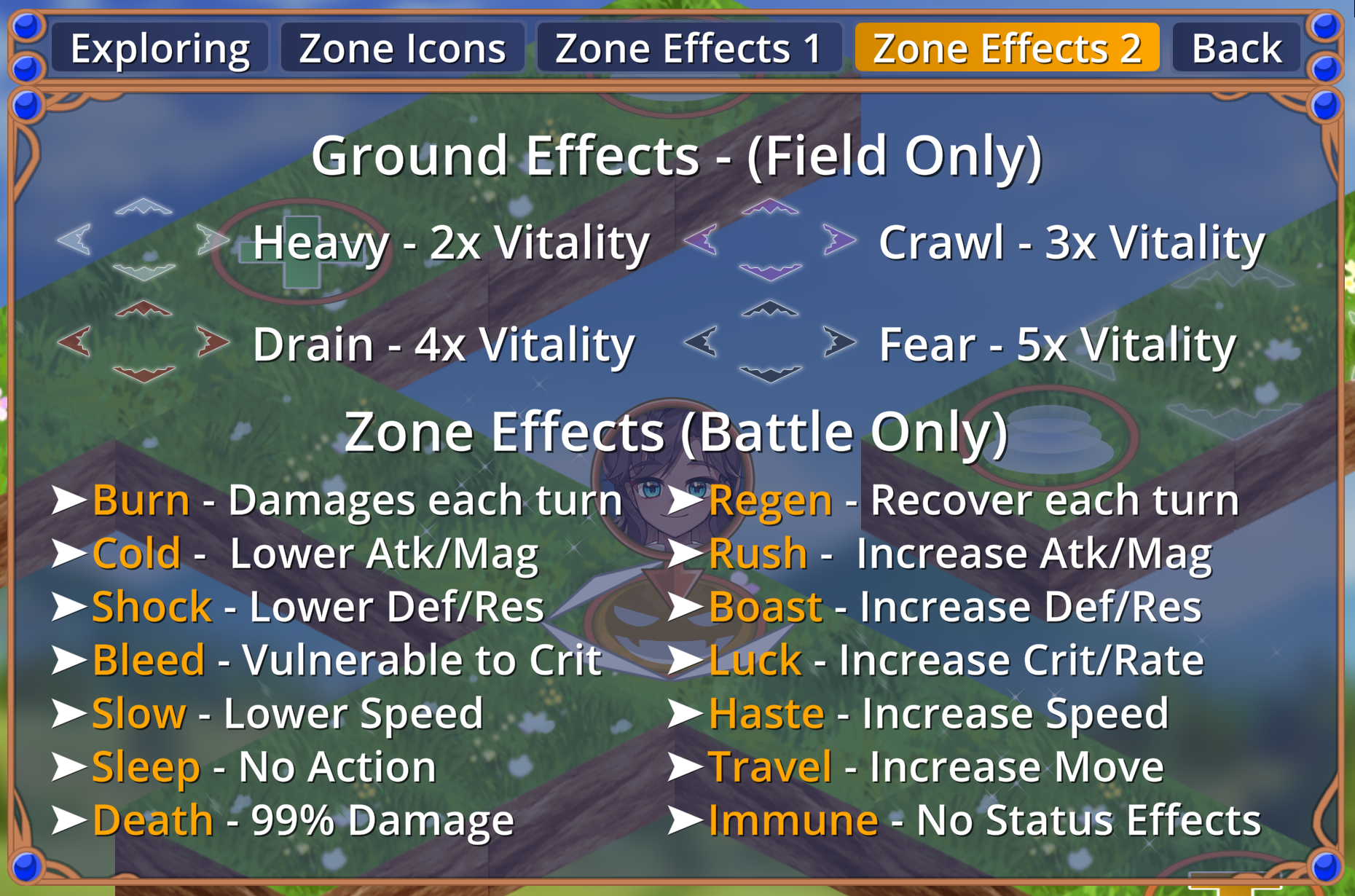 The main 3 status effects are Burn, Cold and Shock.

In late game, you can expect to see many status effects across a battle grid. It will be interesting to see how these battles play out.

That is it for this update. I put in a great deal of work to get the exploration and battle system into a presentable state. I’m extremely happy I could finally show this to you guys.

For the next major update I want to go deeper into how the daughter will develop over time and start to show off some of the important characters to the game.

Until next time, stay well guys!

Hey there! I saw you on the ORK forums and wanted to reach out and connect since I felt like I could really relate to what you’ve been doing for the past couple of years.

I’m also working with a small team on a game and I had the inspiration to offer any aid (including just someone you can run ideas by) in case you wanted to connect with another designer.

Anyway, I don’t know if you still have a discord server, but in case you do, feel free to reach out to me at Lumin#7777.