In this post I’ll give you a brief overview of the world in Guardian’s Guide. This includes full images of the continent you will explore and the city you will inhabit. 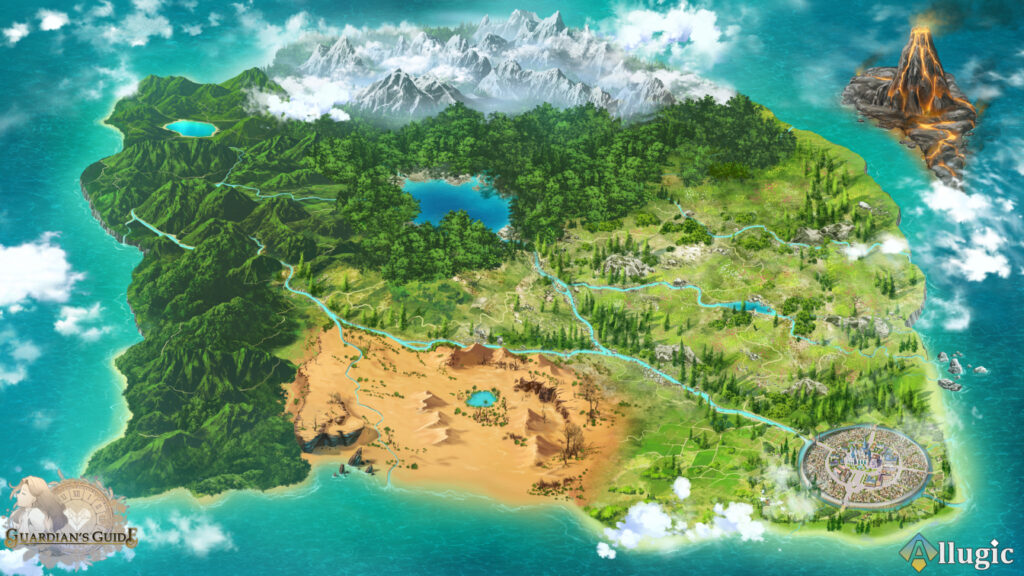 This first image is the continent Cel. It comprises many different regions. Besides the city to the southeast, most of the continent is uninhabited by humans. Many ferocious and mysterious creatures roam the land the further you are from the city.

I wanted to present a unique and diverse landscape when I designed this continent. I have many exciting and fun events planned for you as you explore the vast continent. Just know everything you see on this continent was put there intentionally, it will serve a purpose at some point down the road. 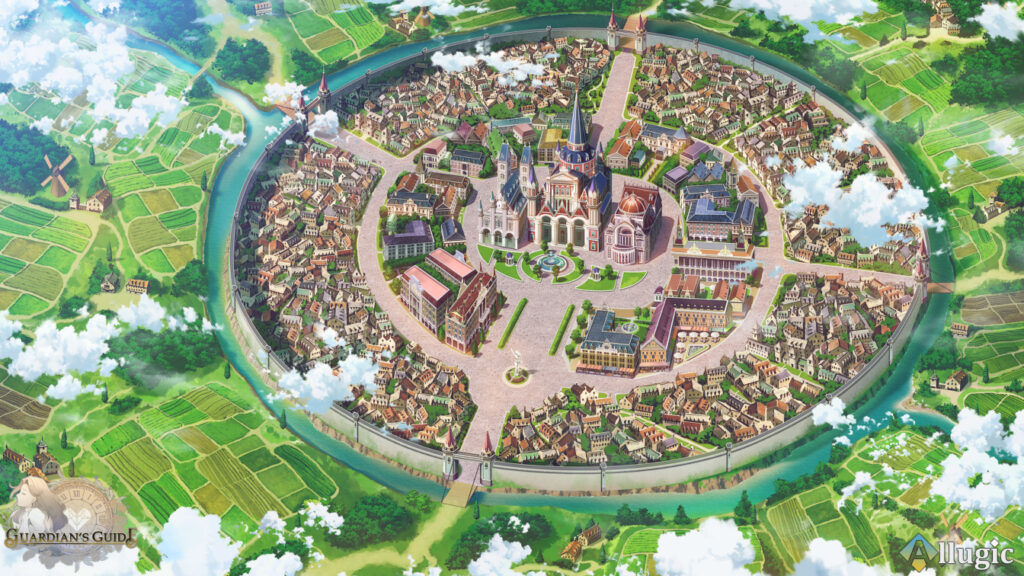 The second image is the city-state of Parcel. The continent was actually named after the city. The city was mainly used as a trading port until the population grew to a point we’re a government was needed to manage the people. The government works as a theocracy. (more on this at a later time) Despite the dangers of the outside world, inside the city walls is extremely safe. But the city has become greatly overcrowded, many people have died attempting to explore the uncharted lands. This has resulted in an increase of orphans throughout the city. The government has implemented a guardian program to tackle the orphan crisis. (that’s where you come in)

There are many districts throughout the city, there’s the government (at the center), the affluent (surrounding the government), the merchants (spread throughout the city), the commoners(the furthest from the center), and the farmers who live and work outside the city. Your daughter will explore and make connections with many people at various social levels. There are a lot of interesting events that will happen throughout the time you’re in the city. I can’t wait till the day you will be able to experience them all!!!