This is the 16th weekly update. Since there wasn’t one last week I had two good weeks to get some stuff done. I will go over everything I’ve  done since the last update. 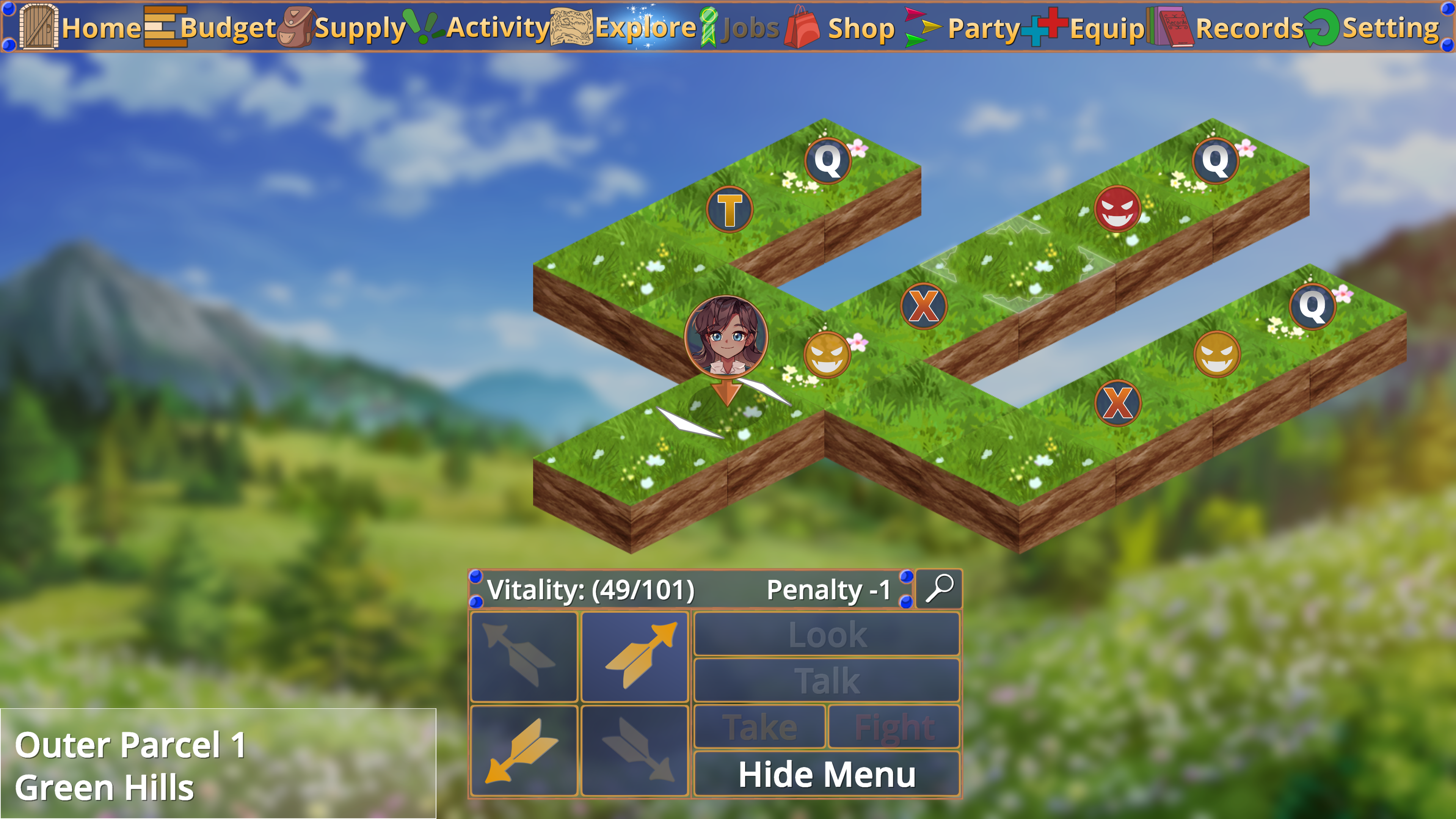 Since the last update I’ve focused exclusively on the maps. As you can see in the screen shot above, I’ve added and changed a few things. Some changes of note are, the icons, the hidden buttons and the stuff you can’t see.(code and animation) There is still some work I want to do (and I might change things again) but I’m ready to start working on the battles now. But before that I’m going complete the tutorial map quest and cycle everything so I can enter and exit maps seamlessly.

I also added a help screen that explains all the controls, icons and effects of the map. I figured this direct approach is most appropriate. 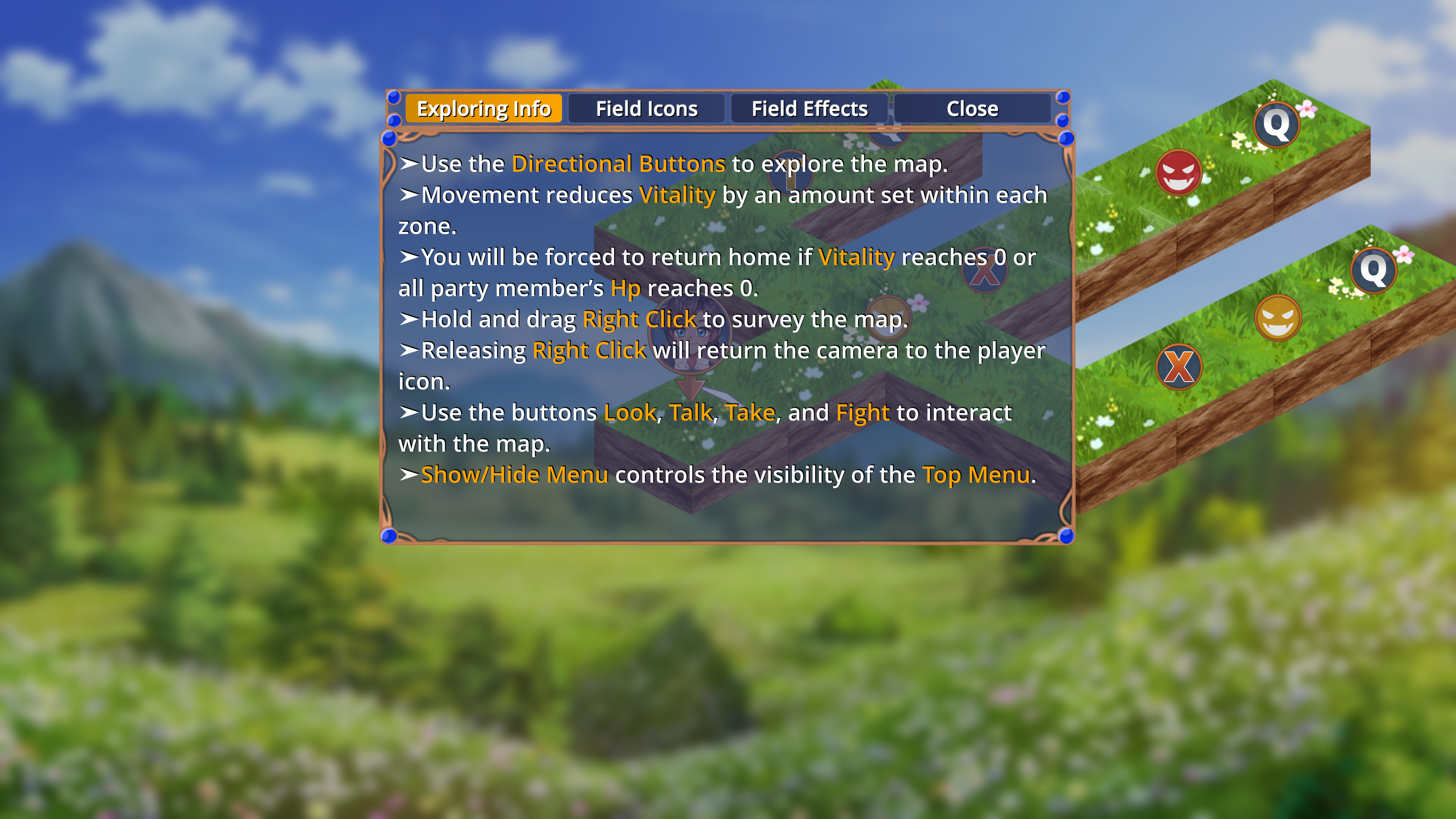 As far as battles go, I have a bit more work to do there. I still need to create enemy portraits, battle FXs, equipment and skills. Pretty much the works. That’s why I’m doing it last.

Well, that’s all for now. Hopefully I’ll be working on battles this week and I’ll show you what I’ve been cooking. Stay well guys!