New week, new update. I have to make a correction from last week. I gave the impression I was going to release a video update this week. But I wrote that update under the pretense that last week was going to be the end of the month. Of course it wasn’t so I decided to hold off on the video update one more week. I will release the next monthly update most likely friday. This week will be a small update.

Picking up from last week, I managed to complete the job portion of the introduction. (most of it anyways) Although, it’s still missing a few things such as character art and portraits. I’ll be waiting on that material for a few months at minimum. But that doesn’t mean I can’t continue production and simply fill in the material as it comes in. Once I finalize the job intro, I’ll move on to the adventuring and battle. This portion will take some time as there are many small things I’ll have to tweak and connect to make it function as one would expect a game should. I also have some menu areas I still need to create. I’ll go into more details in a future weekly once I get to that point.

In the meantime, here is an update screen shot of the home screen. I changed a few things around. Some you can see, some you can’t. Just know that all changes are made to better the user experience. 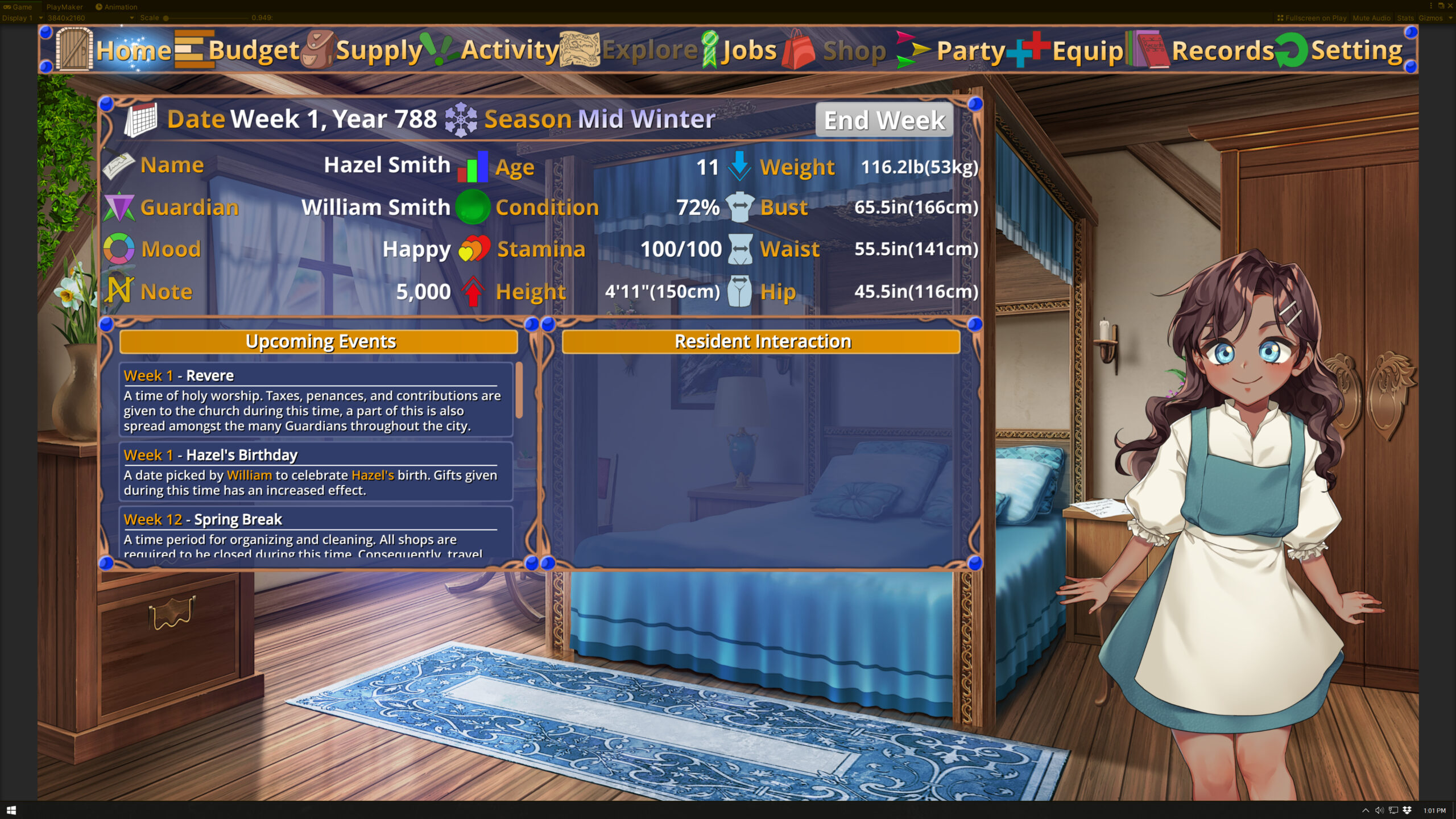 Okay, that’s all for this update. I’m going back to work on the game. There’s no rest for the wicked, as they say. Stay well my friends.