New update! Just like last week, this one will also be short but that doesn’t mean work hasn’t been done. I’ve spent most of last week working on the exploration, making a bunch of changes under the hood and doing a bit of work on the intro dialogue. 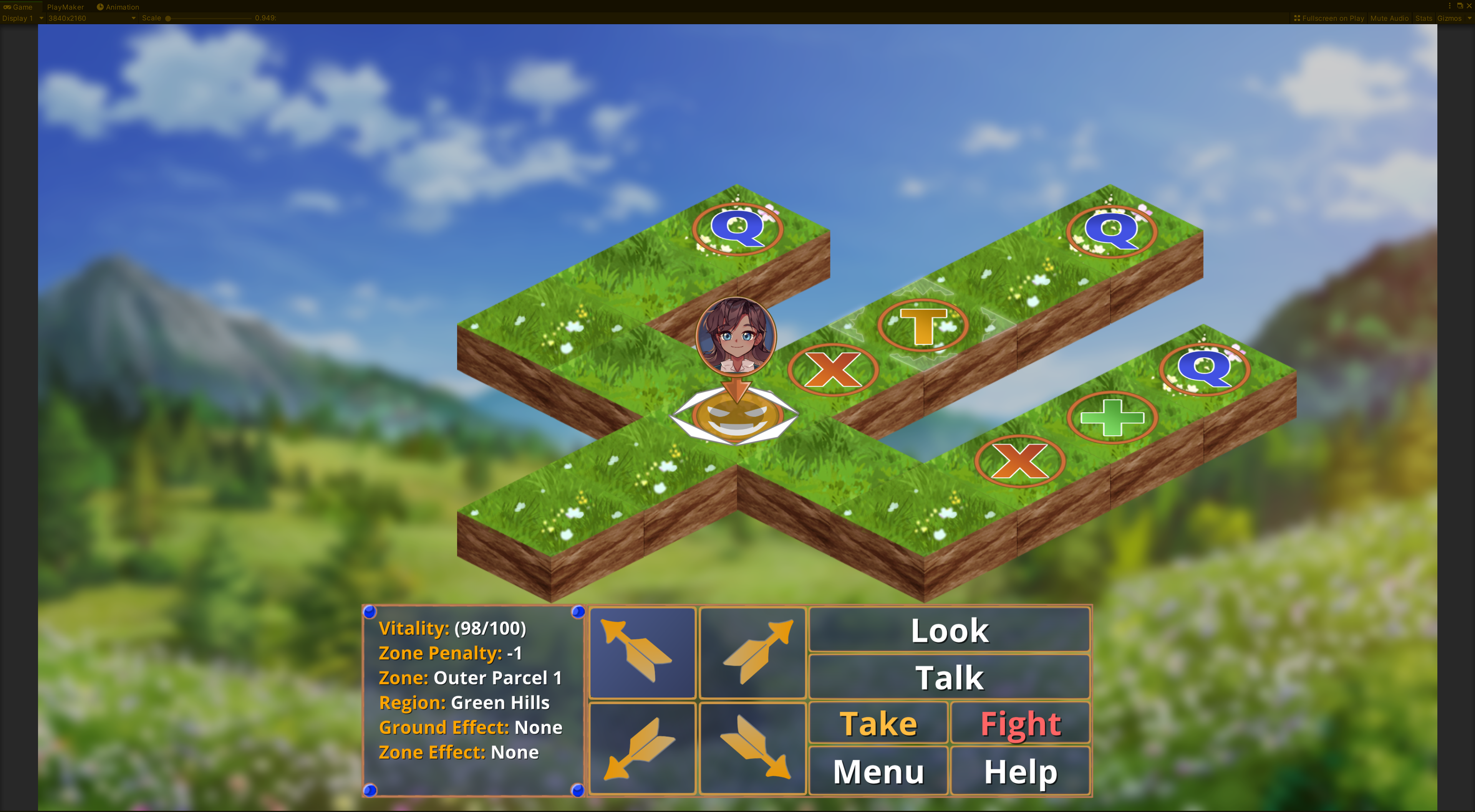 The event icons now lie under the player. This makes it easier to add other effects over the tiles if I desire. I’ve also removed the backgrounds of most of the icons to make them blend better with the environment.

Most of the time last week was spent on finalizing the controls. Right now there are 3 ways to operate this game. With the mouse, which was the original method and the way the game was designed around. With the keyboard, which was partially supported in the old build, it is now fully supported. And finally, with a controller. I’ve tested it with the mouse and keyboard but I hadn’t got around to making it controller compatible.

After some time tinkering in unity, I managed to get the controller functional. I have to say, I rather like navigating the game with a controller. While all 3 modes of control are functional, I don’t have the ability to let user rebind the keys. This is a no-no for modern games as far as I’m concerned. I will take the time to fix this problem.

Lastly, I did a bit of work toward completing the intro portion of the game. By this time next week I will have the first full in-game week completed. This is certainly a small milestone but the week won’t be fully complete since I’m still missing many things like animation and other features I plan to go back and adjust.

For next week I’m going to work on keybinding, recreate some item icons since I don’t like what I have now, and complete the intro week along with other miscellaneous tasks in between.

That’s all for now, later days.