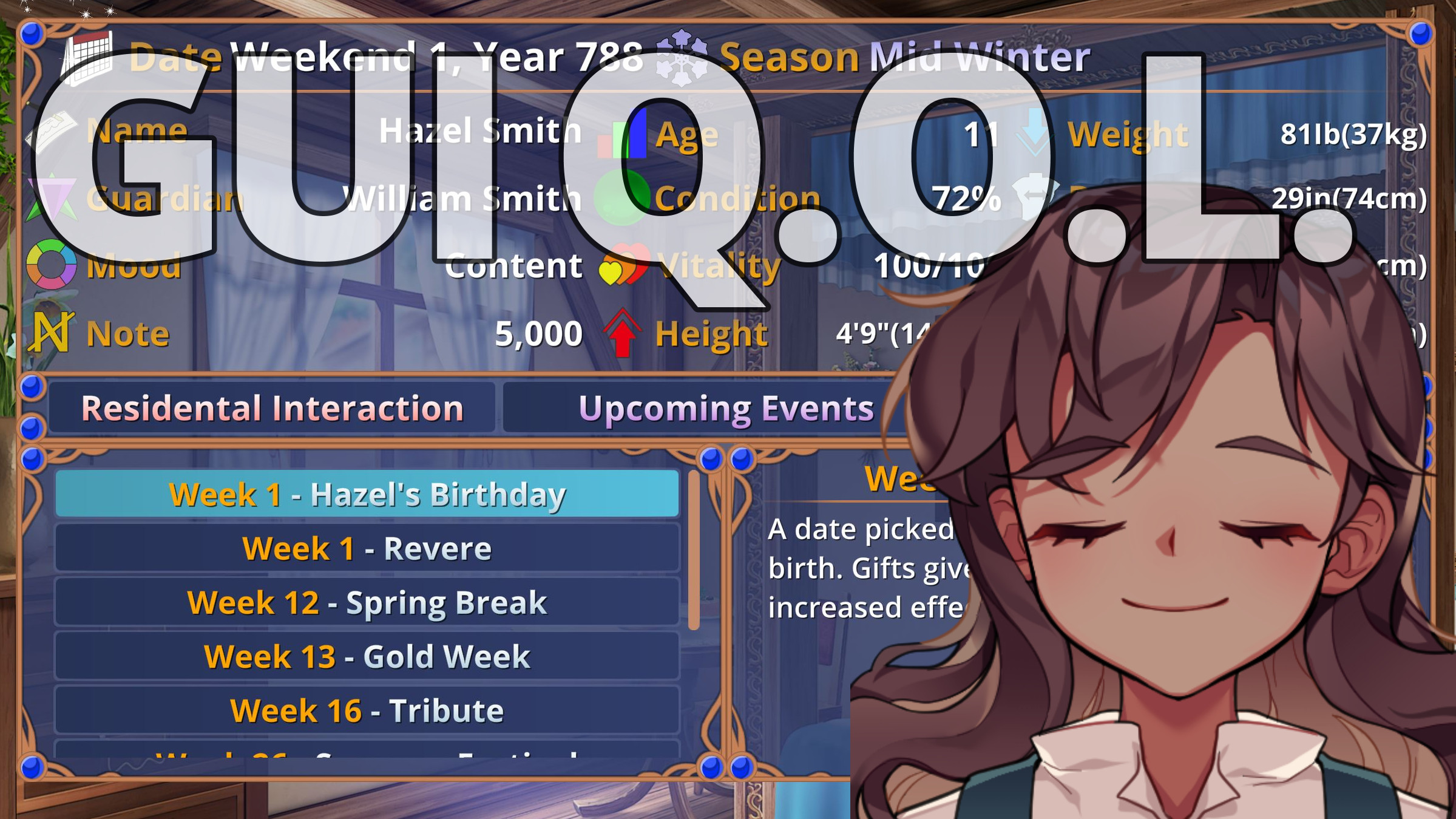 This week I took a small break from working on the battle and exploration to do a bit of GUI improving. Ever since I moved to the new framework I’ve been redesigning all the menus to be more controller and keyboard compatible. The original home menu worked but it wasn’t as intuitive as I would’ve liked. I felt there was a high chance the end user may get confused navigating from the top menu, to the “End Week” button and in between the two menus in the home screen. Making a change to the home screen has always been in the back of my mind so this week I decided to finally make some improvements.

My goal with the home screen redesign was simplicity and uniformity. Instead of two menus and a button for the end user to navigate, all three options are available centered in the home menu. With this set up, the end user will always know which GUI is currently selected. The drawback being I can’t have both Upcoming Events and Residential Interaction visible at the same time. Because of this, I decided to place Residential Interaction first since the Upcoming Events menu will not change as often as Residential Interaction. I’ve also unified the two menus with the rest of the game’s GUI so both an item list and description is present.

I’ve recorded a video below so you can see the new home screen in action, as well as some small size changes to the budget menu I’ve made.

Besides that, I’ve been doing a bit of work with the data base of items/skills in the game. In order for me to showcase a proper battle I have to implement all the real in game items and skills. This has been a huge on going process and is honestly part of the reason things are taking a good amount of time but I’m making some real progress with each new week.

But there is still plenty to do before I make my next major update; so, so, so many things. That’s all for now, I’ll talk to you guys in the next update.