This is the 5th major development blog for the game Guardian’s Guide. If this is your first time reading our dev blogs here is a link to all the previous blogs. Previously we went over the home screen, budget system, personality traits, parties and battle stats. This post will go over jobs.

Jobs are the main method for making money in this game. There is a total of 12 different jobs you can choose from. 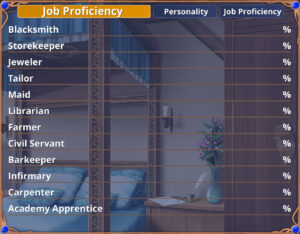 Each week you will pick one job at the cost of half your base Vitality. Since jobs only consume the base value of Vitality, you could, for example, temporally increase the max value to have more available for weekend activities such as exploring. 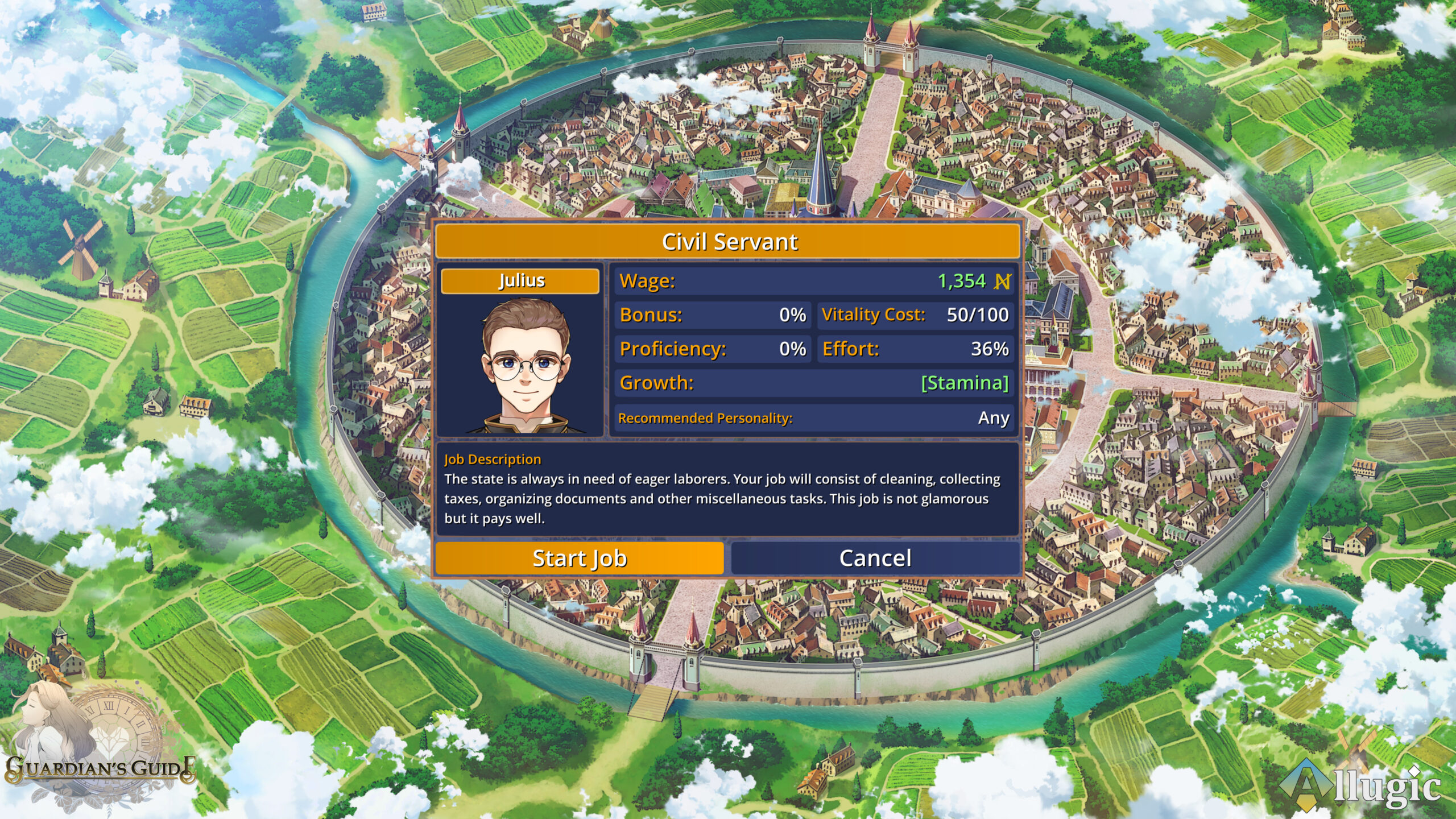 The wage of any job is directly influenced by Proficiency, Effort, Bonus, Personality and a based wage value that grows over time.

If I had to list the orders of important for increasing the wage it would be: Bonus, Effort, Proficiency, then Recommended Personality.

All jobs start at the same wage with the exception of civil servant which is higher due to it’s limited growth attribute. Most of the jobs increase at least two attributes each time you work them. The exceptions to this rule being civil servant and farmer.

Bonuses are given to you on special occasions or as a gift for helping the job owner outside of work. Proficiency increases each time you work the job, along with attributes. Effort is predominantly the results of the current health and mood of your daughter. Proficiency and personality also play a small part in affecting her effort.

Out of all the values here, effort is the one you want to pay the most attention too since it fluctuates the most from week to week. 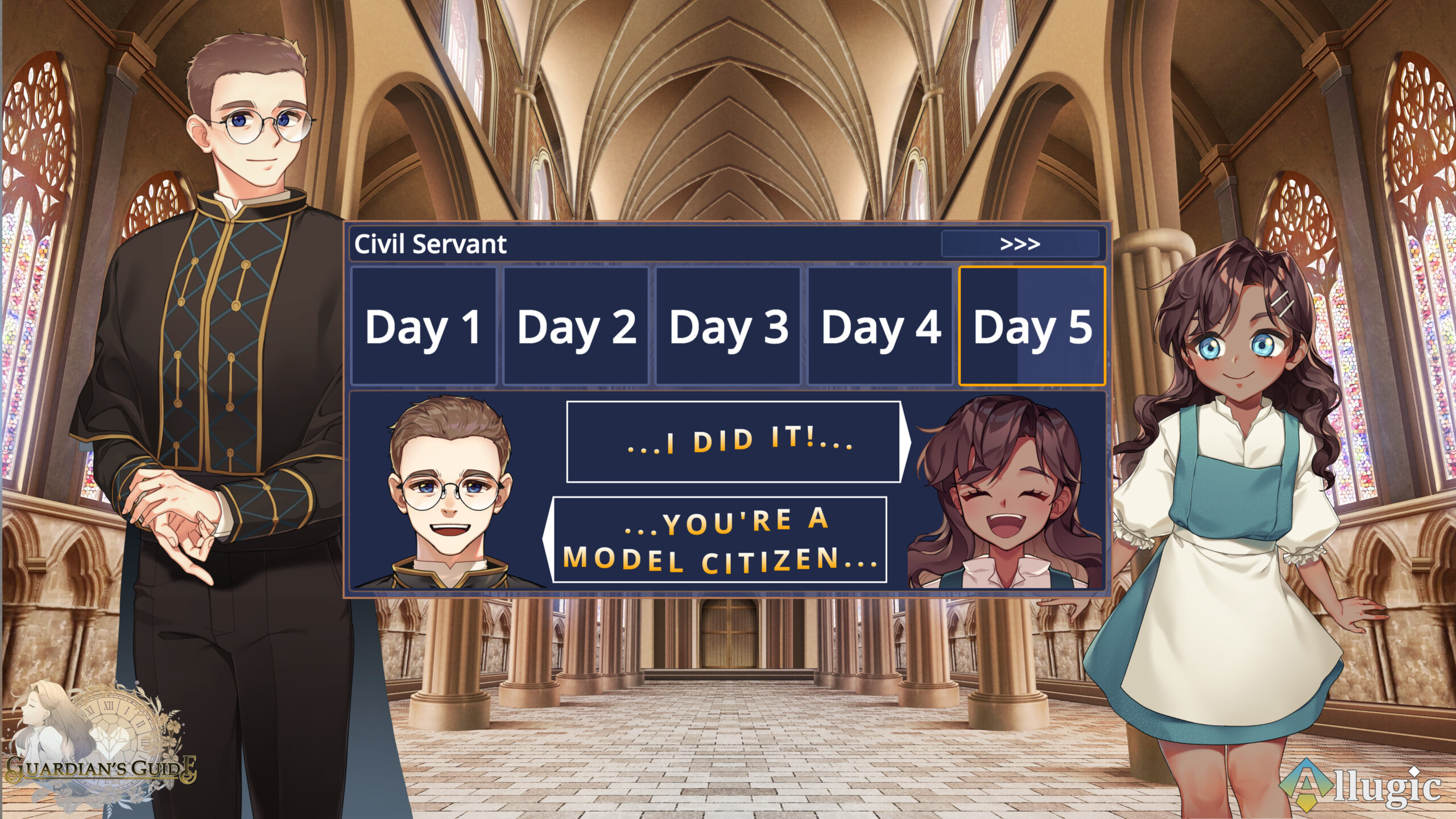 The job animation event reflects the effort percentage. If the effort is low, it will show more negative days, and vice versa. Non the less, the animation doesn’t effect anything in game. You can skip the animation if you click the “>>>” button. Once the animation is complete you are rewarded with payment, proficiency increase, attribute increase, and loss of vitality. You are returned home and the week goes into the weekend.

During the weekend you can shop, explore the city or complete quests. The majority of events will happen during the weekend. Some major events or holidays will take place during the entire week but that will be exception not the rule.

That’s everything covering jobs. I have more content to show off in the future but for now stay well friends.