Time for an update on the animation process. But first, I want to show you the final title screen with the entire background animated.

If you compare it to the old video you can see it looks much more vivid and active. When I decided this composition I wanted to include a beautiful night sky more than anything. This choice was a bit of a homage to Princess Maker 2. There is also a consistent theme of stars throughout the game if you haven’t noticed.

With the title animation complete I have moved on to the characters. As I mentioned before I have quite a number of characters that need to be animated. As of right now I have 16 in total. (not even close to the final number) I have 5 completed so far, which brings me at 30% completion. The animating process isn’t so bad, the real time sink is the mesh editing process. 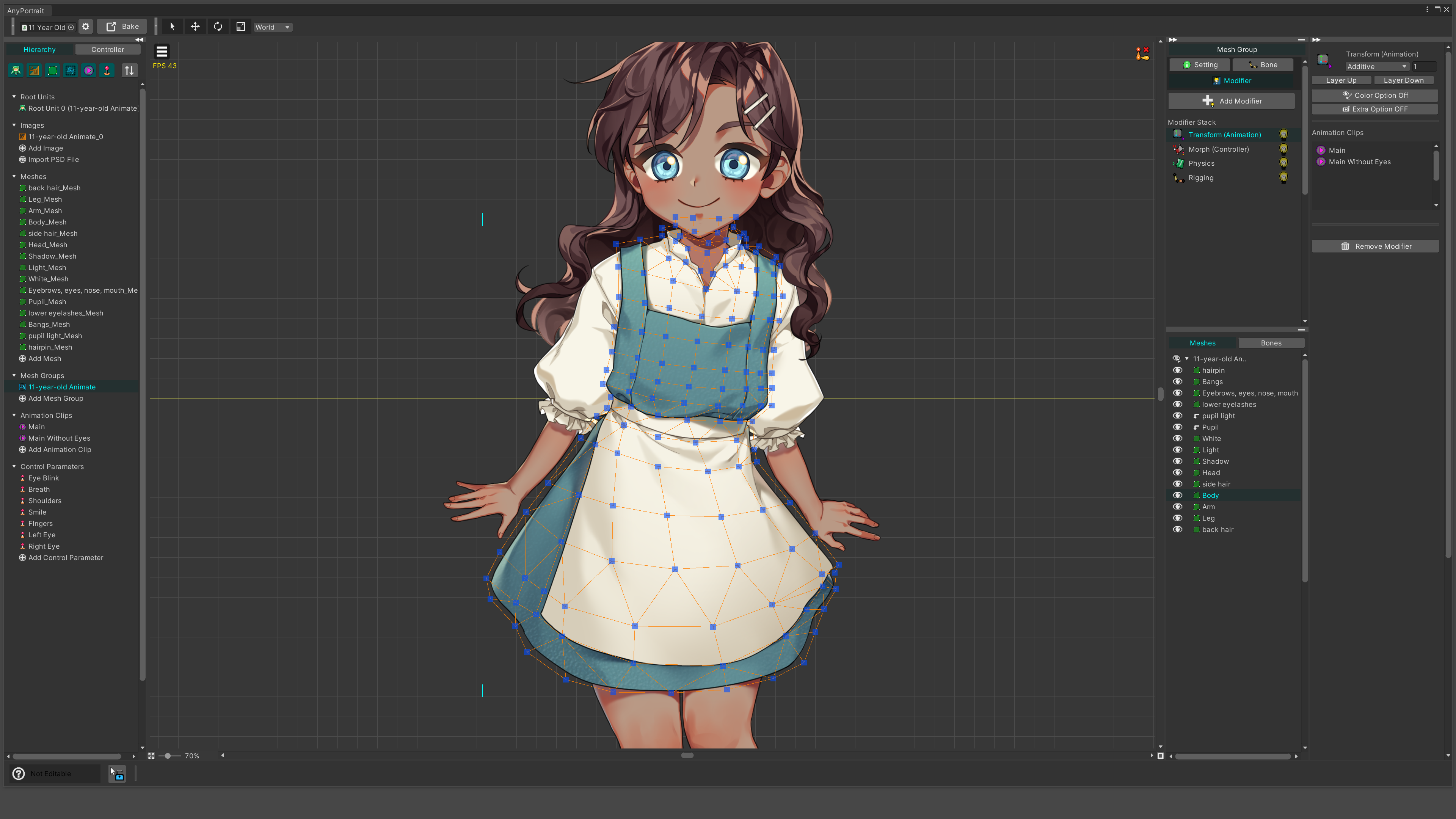 The dots are vertex that help shape the edges of each polygon that makes up the mesh. What you see here is the out line of the “Body” image’s mesh. Moving any of the vertex (dots) will also move that portion of the image. This creates the illusion of motion that you see in certain games and anime idols on youtube.

The mesh is what controls the morphing of the image. You have to make a good, detailed mesh to make a believable animation. And since these images have so many parts, the mesh creation takes anywhere from an hour to multiple hours. I’ve been recording all the character animations up to this point and plan to continue, so eventually you will get to see the whole process.

Here is a video of one of the characters I’ve animated this week. Since I already revealed her in a previous post I’ll show her again here.

As for the rest of the characters, I’m not ready to show them yet. There are many other things I want to reveal before I start showing off characters and plot points. So I want to get through all the animation stuff ASAP!

Since I’ll just be animating for the foreseeable future I’m not sure what I’m going to post next week. Maybe I’ll show off some monster designs. We will see.