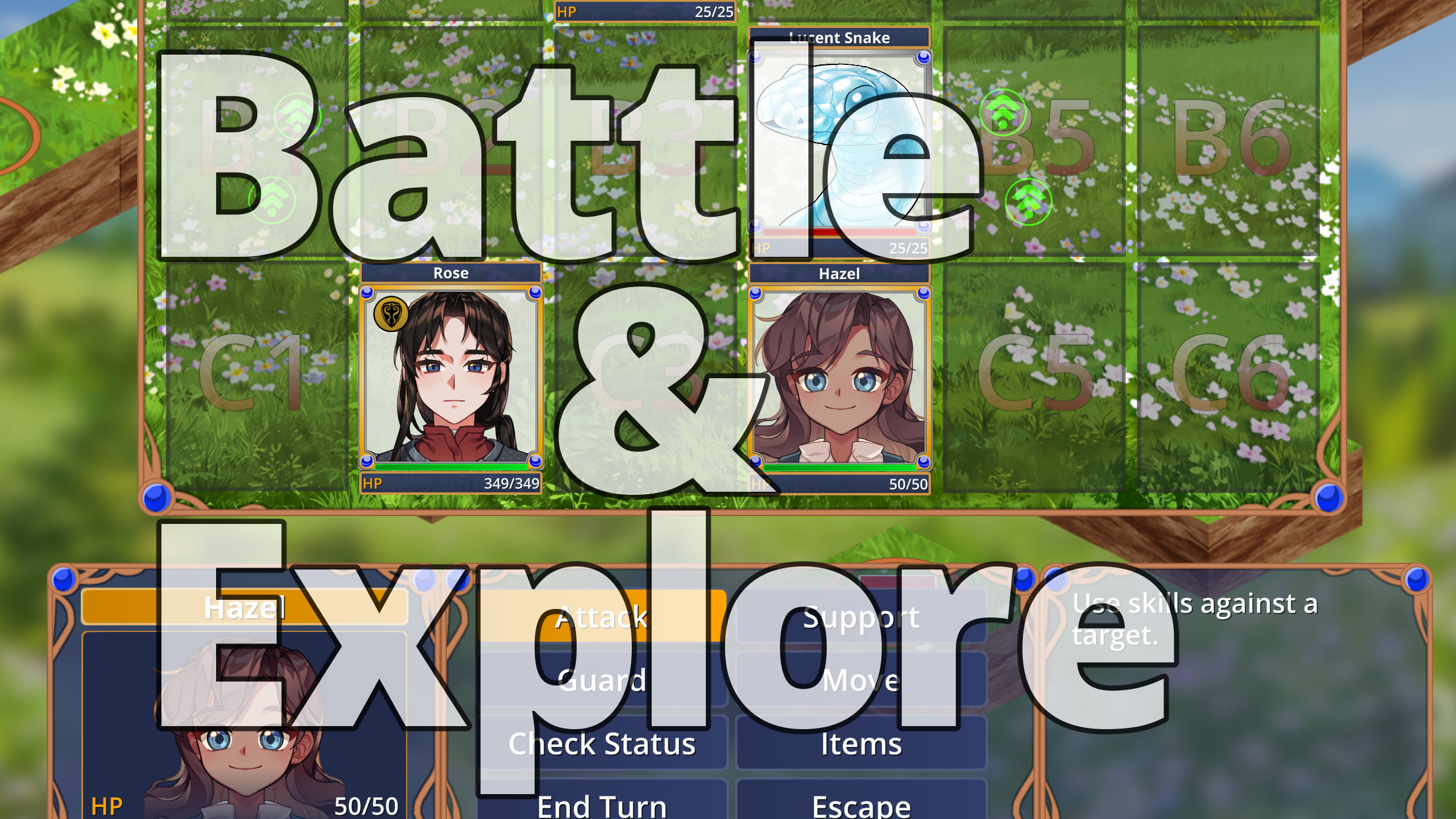 I guess this is a good time to finally update. I’ve been slowly working on the game, making minor changes here and there, and fixing an never ending list of bugs.

Since the last update, I’ve completed most of the features on the exploration map, so I’ve been spending a great deal of time working on the battle system. I’m still in the middle of polishing the battle system, but I’m going to show off what I have so far anyways.

This goes without saying but everything you see is a work in progress. Again, I’m not sure when I’ll have that YouTube video ready, but just know I am working on the game. It’s amazing the amount of small things that just pop up as you’re working on things. These small things just suck up all of your time as you’re trying to make progress. Oh well, as long as it makes for a better final product I’ll keep pushing forward.

I haven’t been making weekly updates mainly because of what I mentioned above. The work I’ve been doing hasn’t been very visual, but it’s sure been time-consuming.

I will attempt to be more diligent in the future, as for now, I’ll talk to you folks later.