Welcome to another weekly update. For this week we’ll be continuing the discussion of the intro progression from last week.

There is one thing I neglected to mention from last week and that’s the quest system. I spent last week setting that up since it’s required before I tackle the exploring and battling. 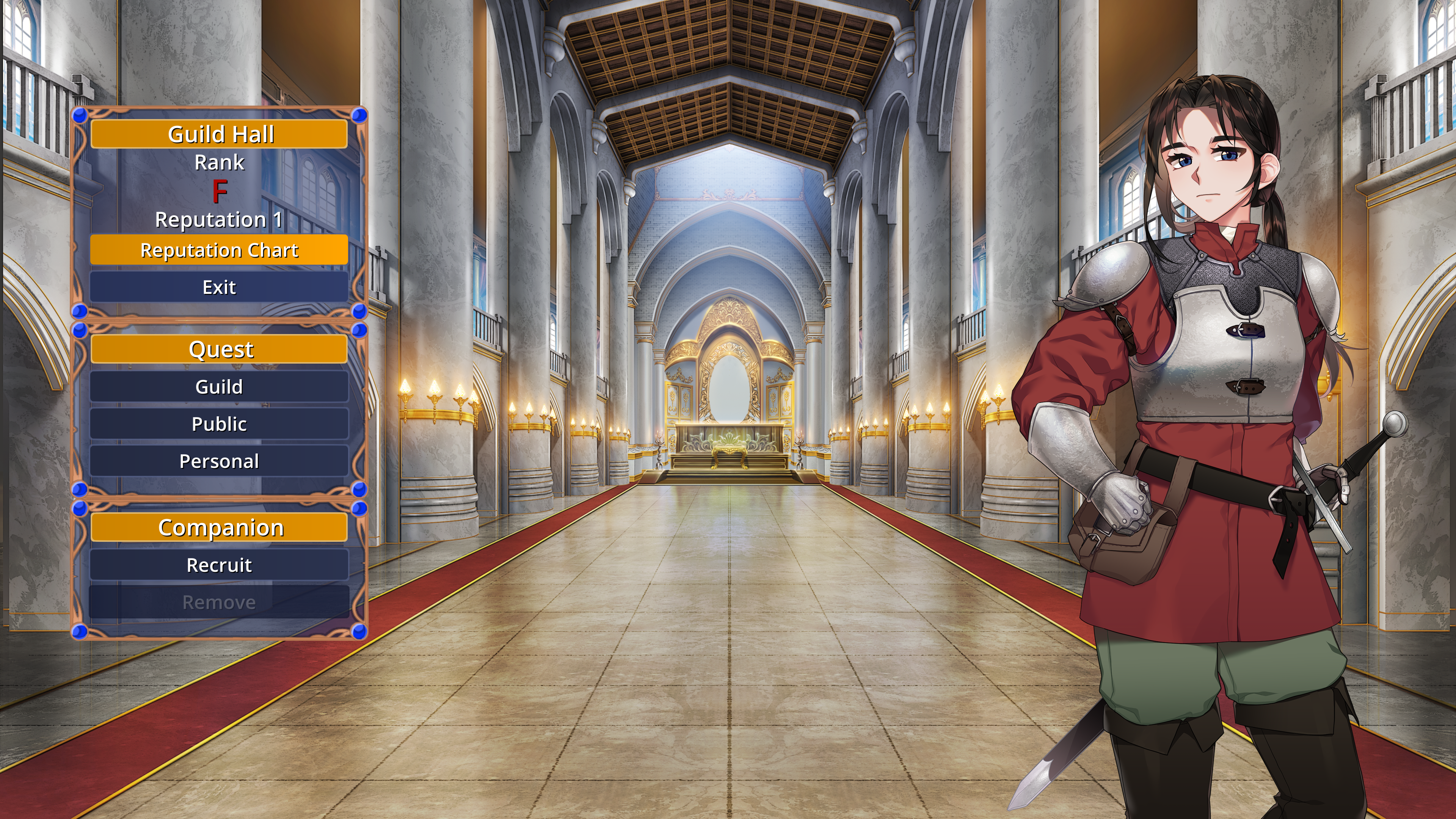 Oh, what’s that? A new background, a new character? Who is she? Companions?? Dohohohooo, all questions that will be answered in due time.

The quest system is based on Rank and Reputation. The higher your daughter’s Reputation, the higher her Rank and the better quests she can take on. I’ll go into more detail in a future monthly blog but as I mentioned before, this will lead directly into your first exploration quest.

Throughout the next week I will be setting up and polishing the exploration maps. If I get to a point where I feel it’s presentable I may show a screenshot. The entire battle system mechanics (exploration and battles) is a beast all it’s own. You can split this game into two parts, the daughter raising (most of what I’ve shown) and the battle system. I actually designed this game to ultimately focus on the battle system. I will try to balance everything to give equal weight between combat and non-combat events but a lot of the game leans towards battling. (what can I say, I love RPGs)

Nonetheless, I’m excited. Once I have the battle system fully set up I can start going down the bucket list of unpolished sections of the game. Soon I will arrive at the faithful day I can complete an in game week. Then a season, and then a year. And finally the whole game. Yes, what a wonderful feeling that will be. BACK TO WORK I GO!

This is the 4th monthly development blog for the game Guardian’s Guide. If this is your first time reading our dev blogs you can get caught up from the first 3 blogs at this link. In previous posts I discussed the home screen, budget system and personality traits. This update we are going over the party and status screen.

As usually, I cover most of everything in the video so I’ll briefly go over details for those who prefer reading. 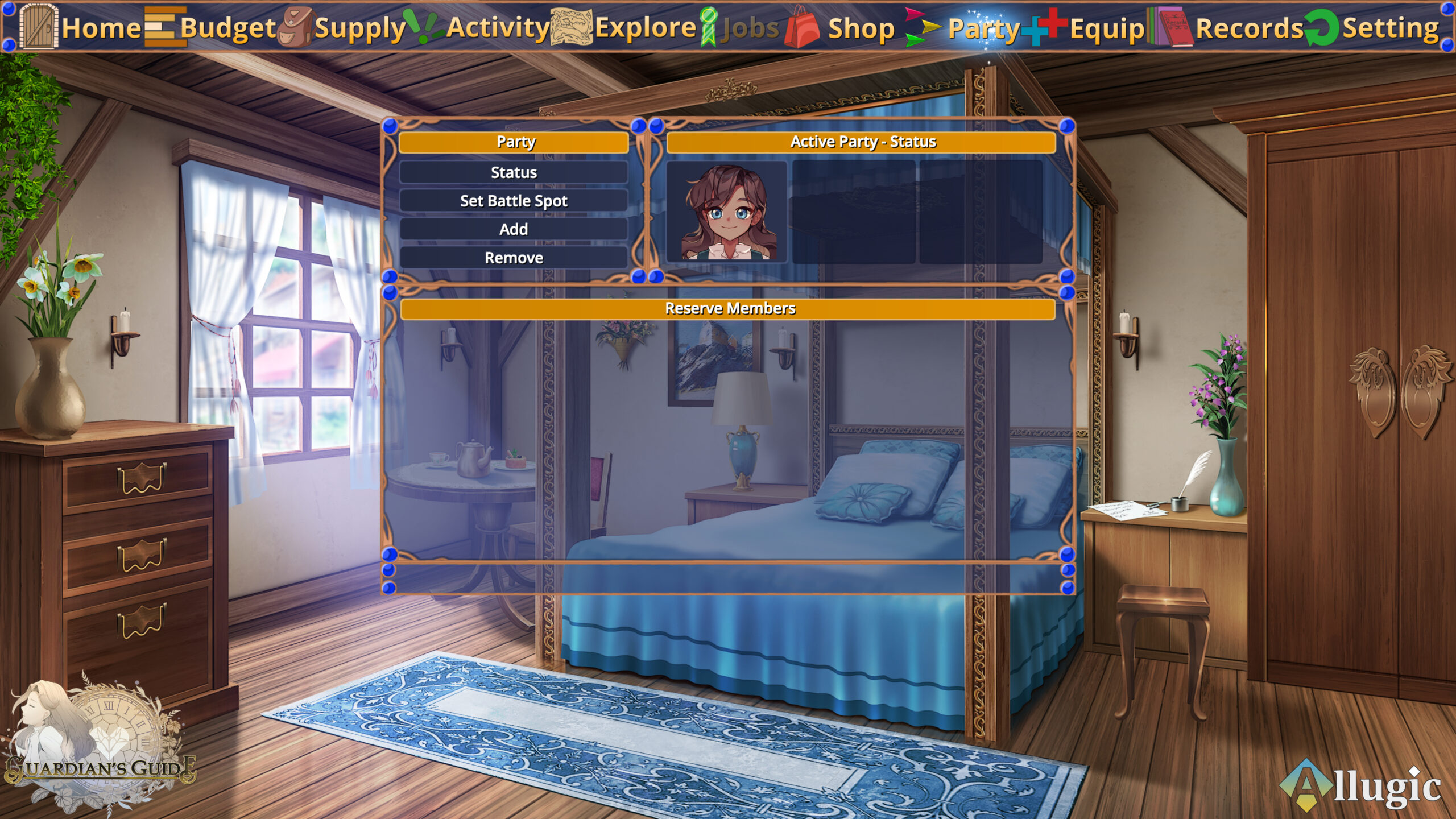 The party menu is where you go to change party members or check their general status. In the beginning of the game you can recruit up to 2 other party members. Once you go pass that limit any additional members will be sent to reserve. Party members are referred to as companions. Companions are made up of the monsters you fight while exploring. They become recruitable after you defeat them once. NPCs may join you party as “extra” members due to a quest or event. 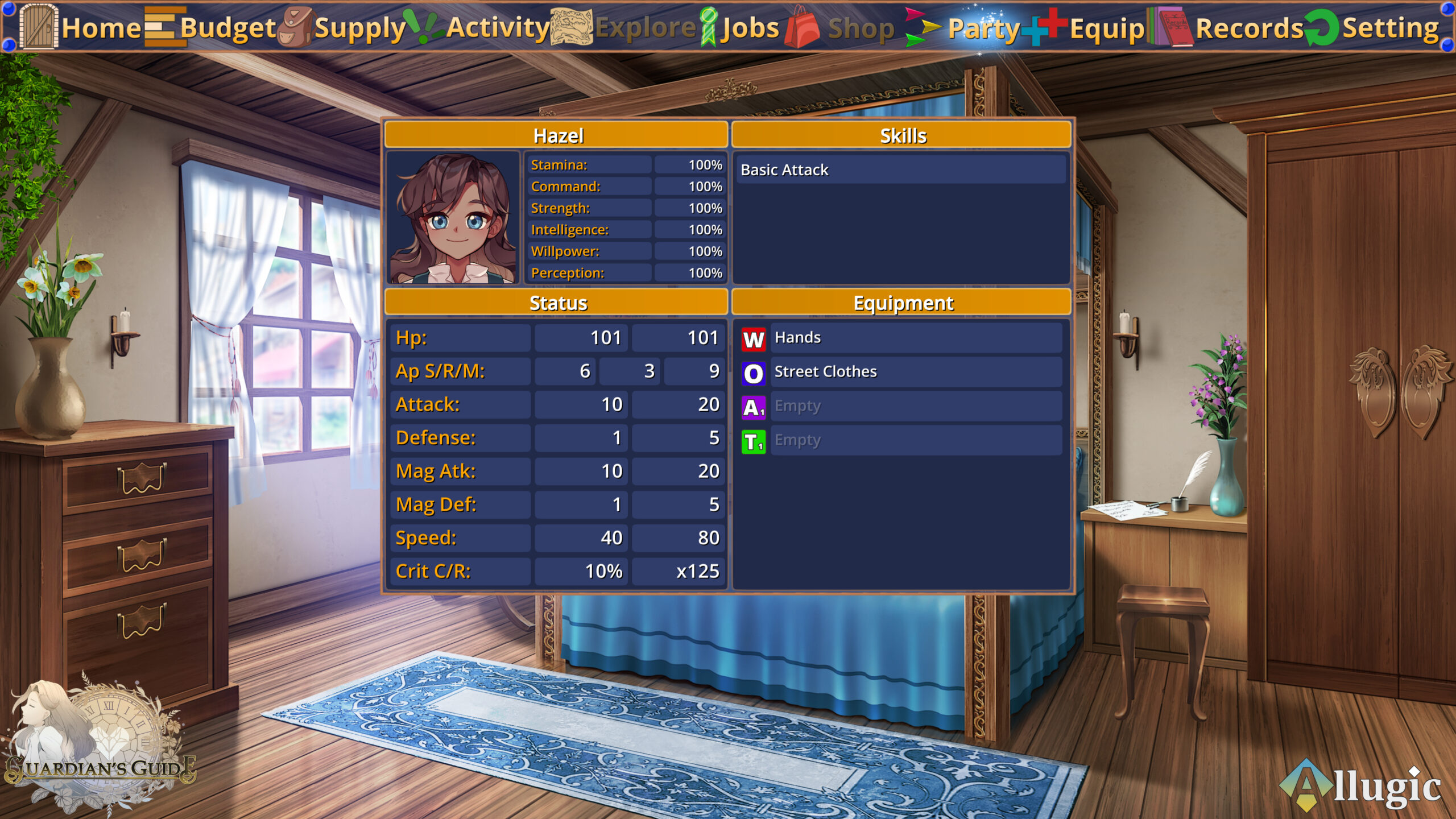 The status menu displays general information of each party member pertaining to exploration and battles. This information includes equipment, skills, battle stats and attributes. Here is a break down of each stat.

That about covers the party and status for now. Unless something changes I will be covering the job system next month. These monthly updates are all leading up to the day I can showcase the introduction of the game and give you guys a real glimpse of how this game will play.

If you can’t wait that long to see how this game works you’re very welcomed to join us by becoming a member and supporting the development at allugic.com/support.

That is all I have for this update, be well friends and stay safe.